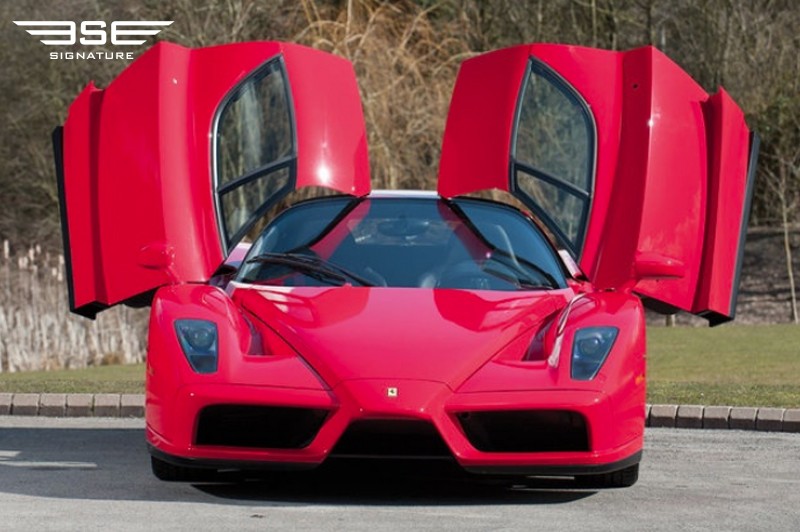 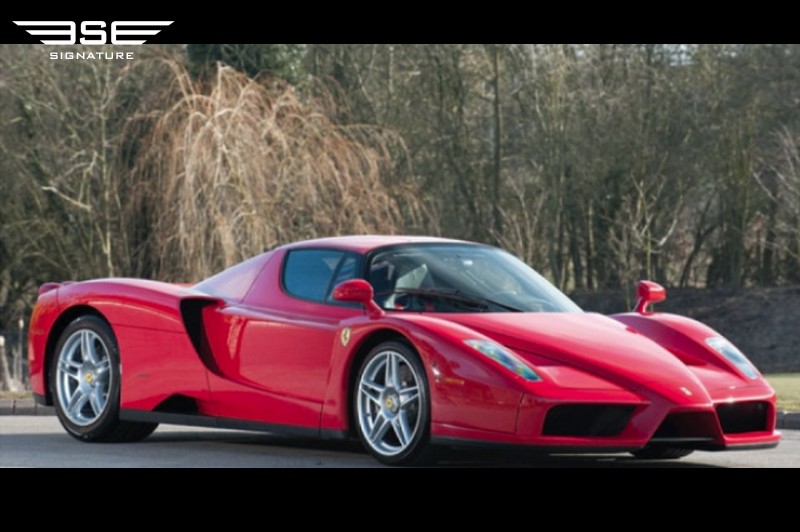 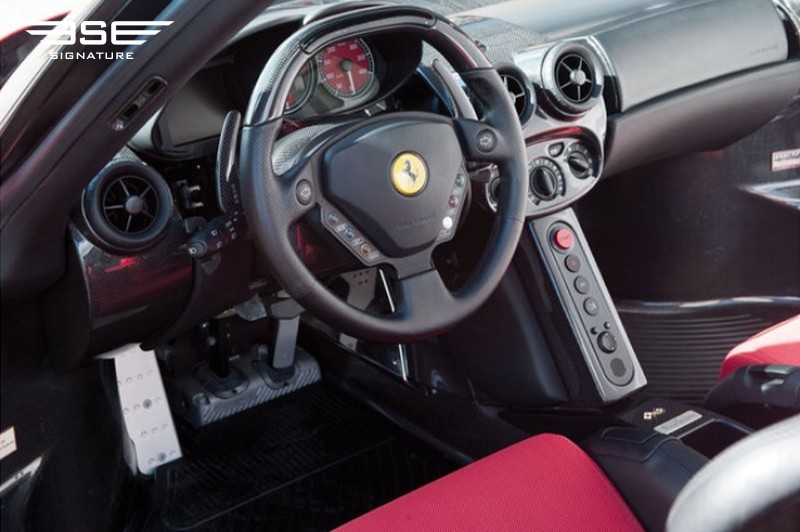 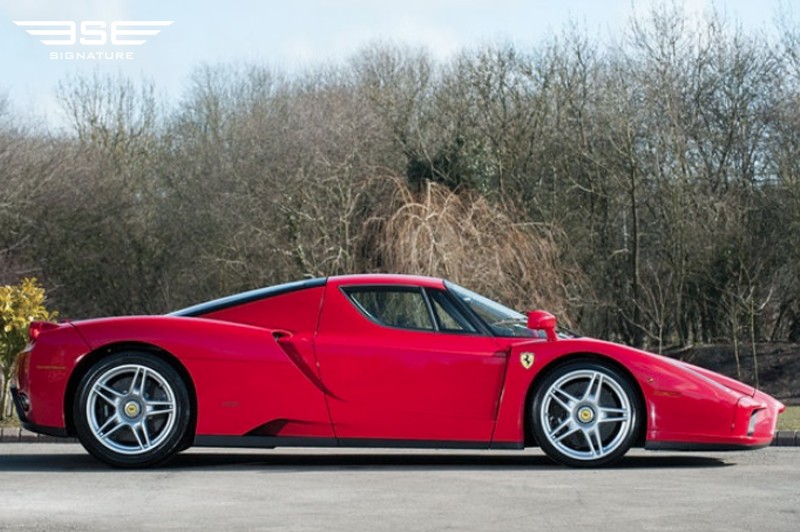 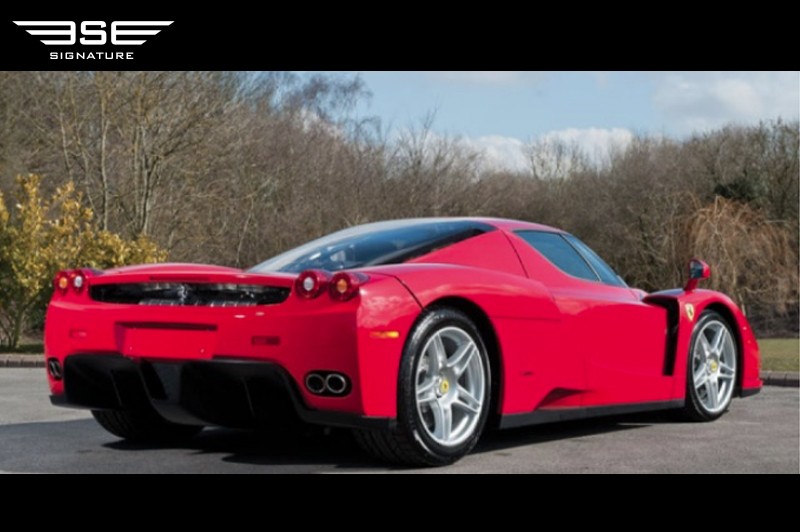 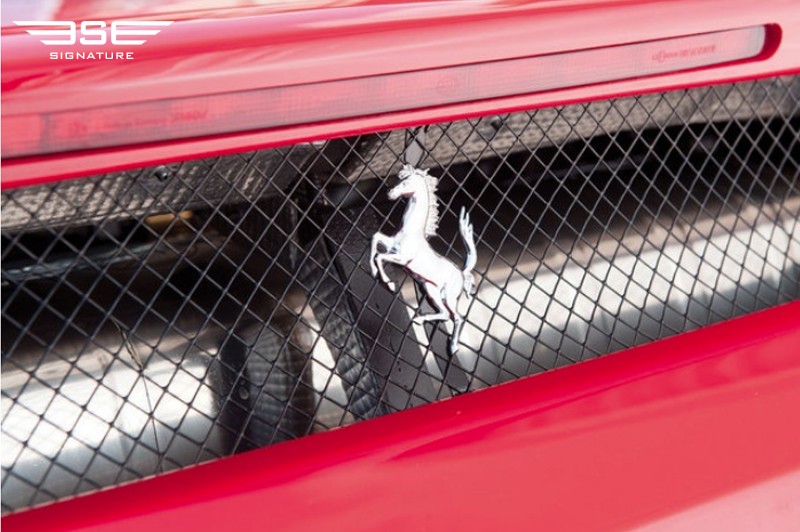 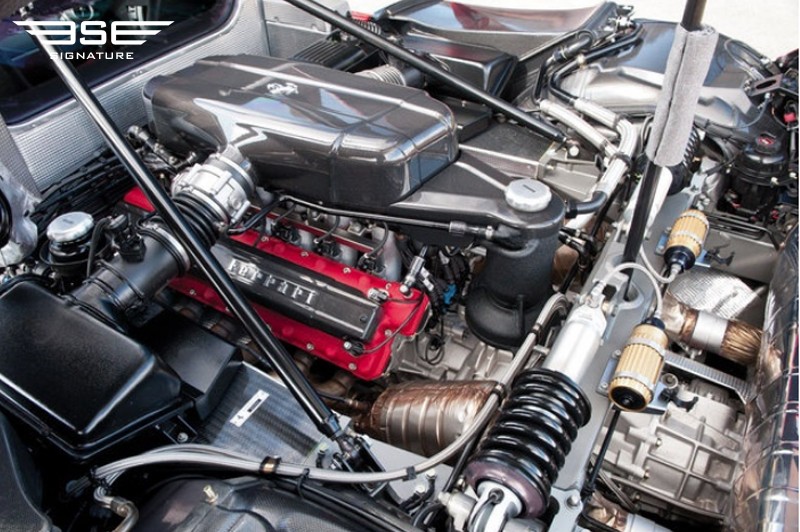 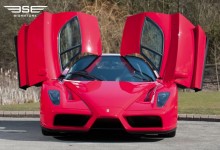 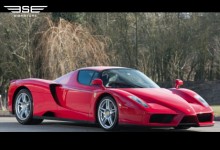 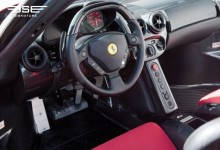 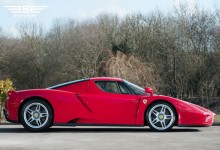 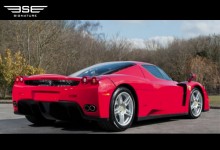 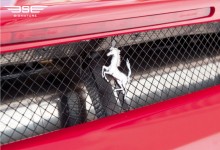 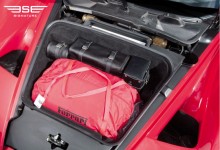 Ferrari's original asking price when it was new in 2002 as £450,000. Looking at todays prices this car has proven its self a solid and safe investment.

A superb example of one of the best-loved modern Ferrari road cars, in a classic colour combination. The Enzo Ferrari is a 12-cylinder mid-engine Berlinetta sports car named after the company’s founder, Enzo Ferrari. It was built in 2002 using Formula One technology, such as a carbon-fibre body, F1-style electrohydraulic shift transmission, and carbon fibre-reinforced silicon carbide (C/SiC) ceramic composite disc brakes. Also used are technologies not allowed in F1 such as active aerodynamics and traction control. After a downforce of 7600 N (1700 lb/ft) is reached at 300 km/h (186 mph) the rear wing is actuated by computer to maintain the downforce.

The Enzo was designed by Ken Okuyama, the Japanese former Pininfarina head designer, and initially announced at the 2002 Paris Motor Show with a limited production run of 349 and at US $659,330. The company sent invitations to existing customers, specifically, those who had previously bought the F40 and F50. All 349 cars were sold in this way before production began. Later, after numerous requests, Ferrari decided to build just 50 more Enzos for sale, bringing the total to 399.