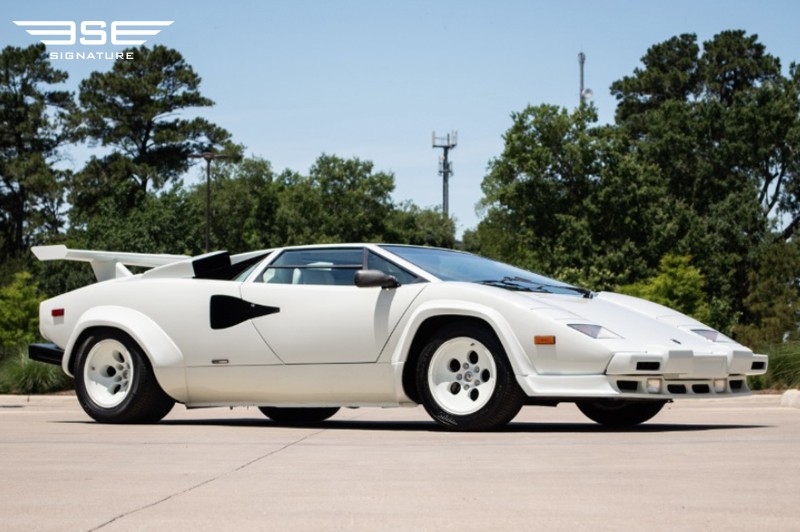 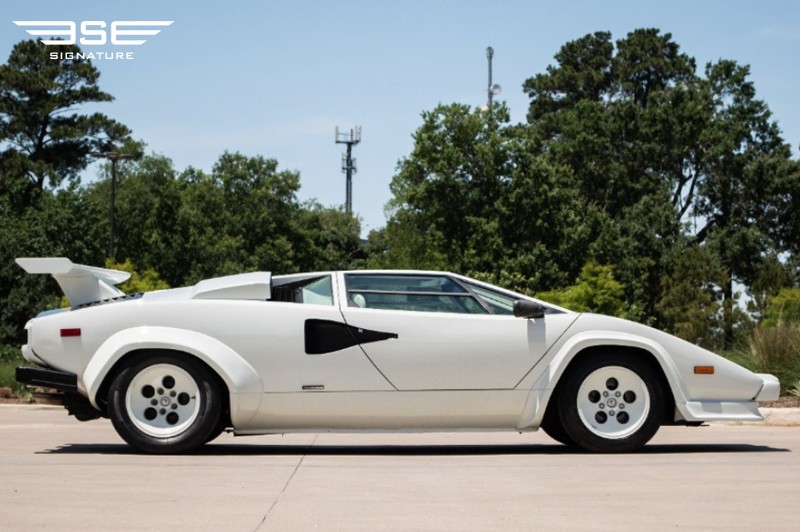 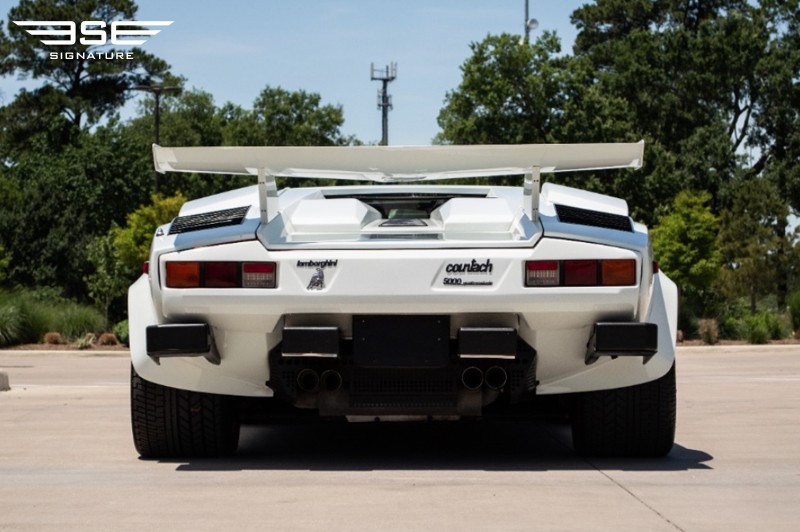 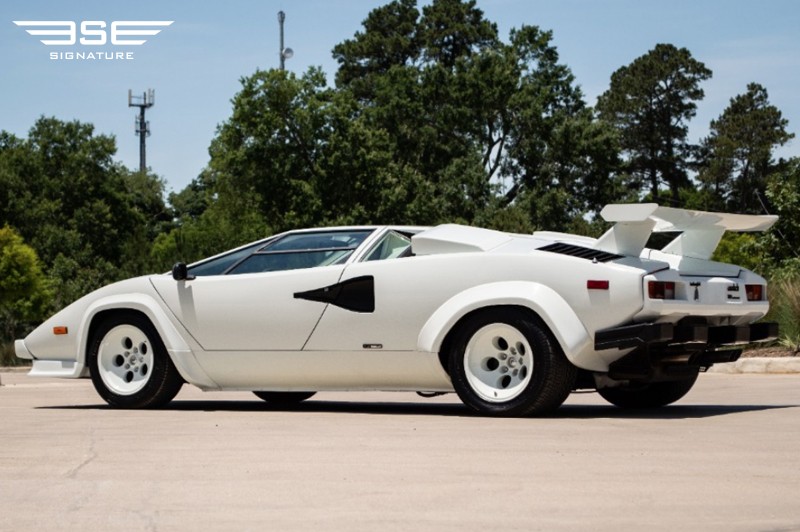 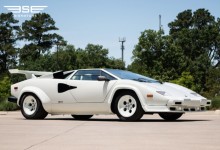 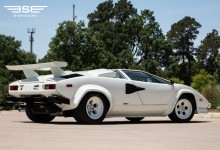 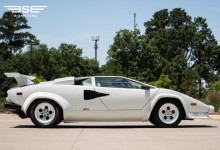 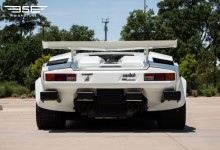 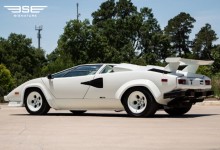 This very rare and desirable colour combination has been under the same ownership since the early 1990's. The engine runs well but is currently due for servicing as the car has been sitting in storage for a while. The mileage dial shows 4,000 kilometres but we were told by the previous owner that it might have 20,000 more kilometres.

This stunning supercar for sale comes accompanied by its original factory owner’s manual. Don't miss this excellent opportunity to own the ultimate iconic supercar of the 80's at an absolute bargain price!

History
The Lamborghini Countach is a rear mid-engined, V12 sports car produced by Italian car manufacturer Lamborghini from 1974 to 1990. It is one of the then-exotic designs conceptualised by Italian Design house Bertone, which pioneered and popularised the sharply angled "Italian Wedge" design language.

This design language was originally embodied and introduced to the public in 1970 as the Lancia Stratos Zero concept car, while the first showing of the Countach was in 1971 as the Lamborghini LP500 Concept Car. The DNA of the original Countach can be found within the design language of sports cars throughout the 1970s and into the '80s. The Countach also popularised the "cab forward" design concept, which pushes the passenger compartment forward to accommodate a larger rear-mounted engine.