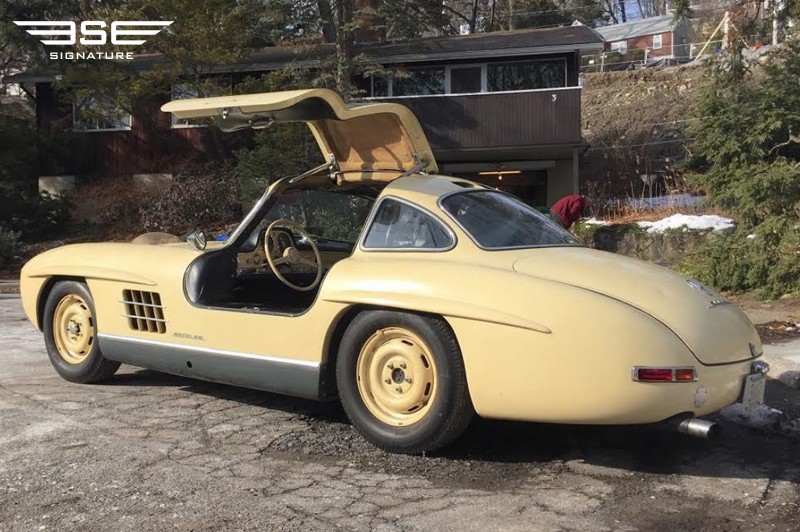 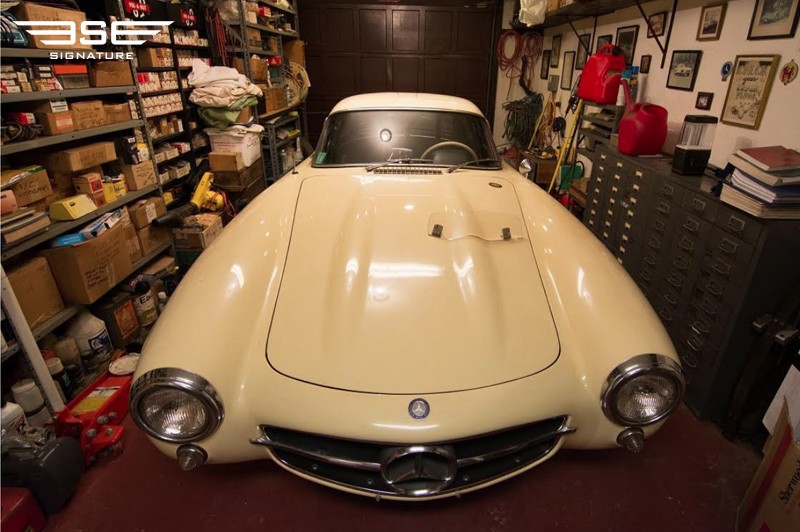 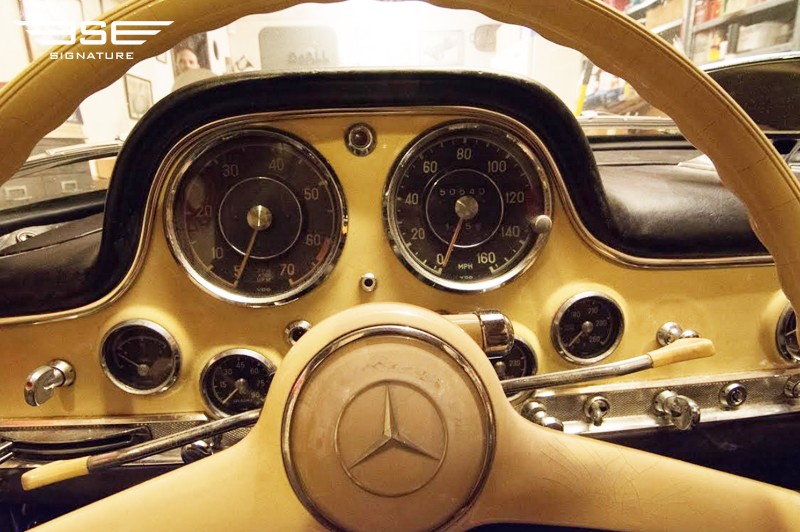 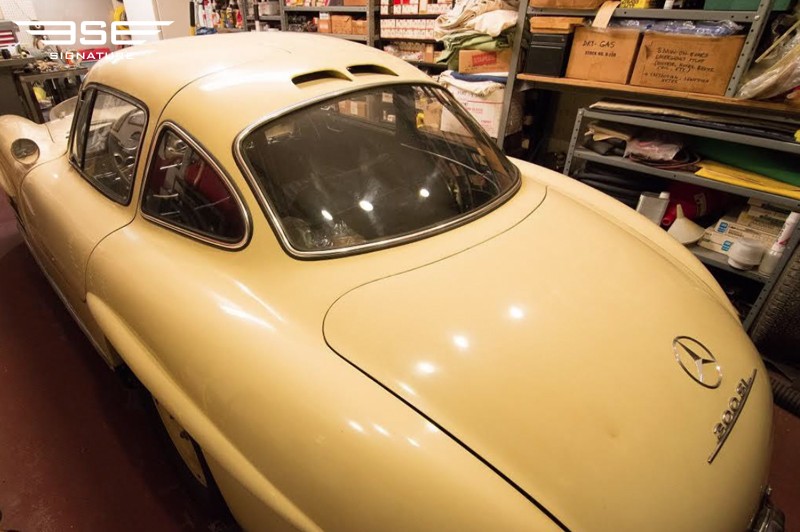 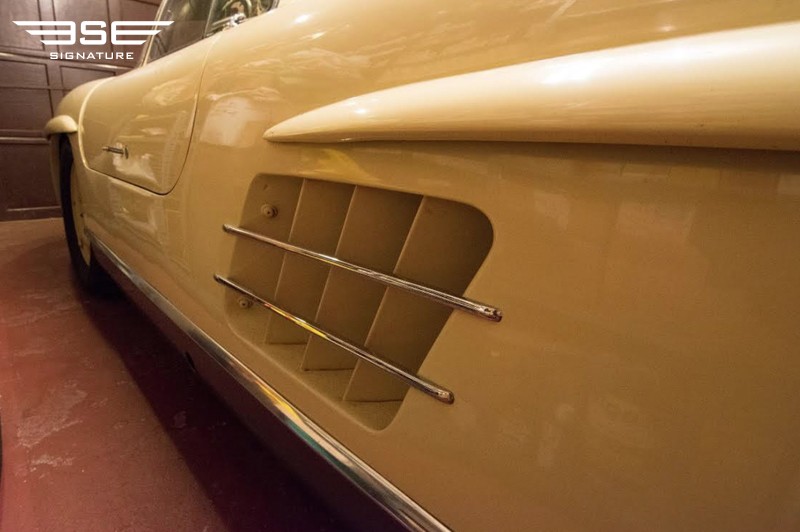 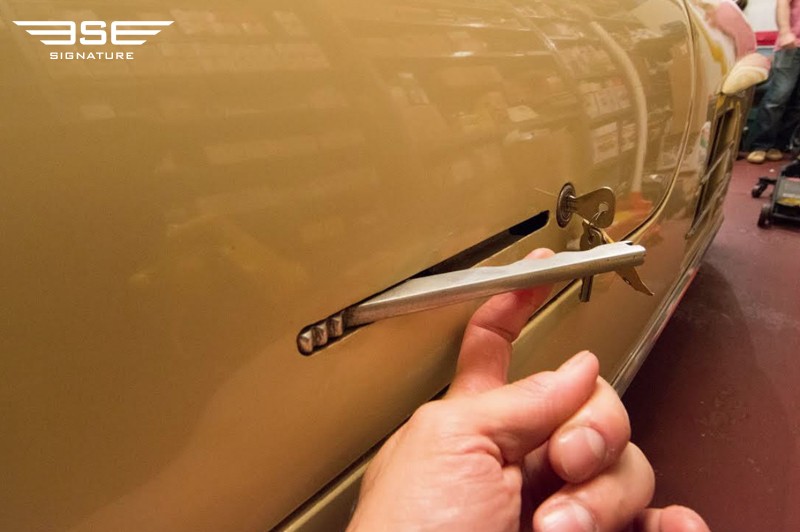 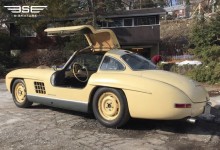 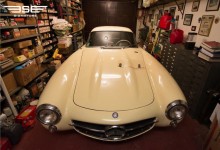 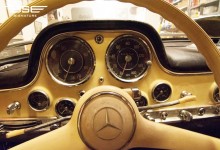 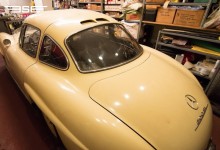 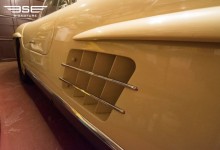 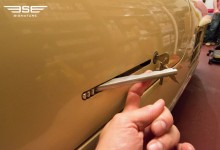 This classic Mercedes 300SL Gullwing was built in 1955 still has one of the most recognisable body shapes in the world and this beautiful example is now on sale and available to classic car buyers to purchase in the UK.

Renowned for its cab-rearward design which gives the 300SL an extra-long hood it positions the driver closer to the rear axle allowing him a better feel of how the back end reacts on corners. The front end features single round headlights and a grille strikethrough that has the famous Mercedes star in the taking up the centre space. The 300SL’s downward-slanted nose helps this compact Gullwing coupe stay as aerodynamic as it can given the era it is from.

The side profile captures the pure essence of the era. The windshield is fairly straight up and down, but as you glide over the roofline you can see how Mercedes maximised the cars features. Just behind the front wheels, you get a pair of gill-style heat extractors which both feature a chrome strikethrough. Additionally, there is a chrome strip that spans the ankle line of the 300SL, between the front and rear wheels.

The amount of glass surrounding the cabin is generous making this car a great choice for staying connected to the environment. The rear end features a rounded backside as the trunk line slopes toward the ground. On either side of this round rump rectangular taillight that houses the brake lights and turn signals are featured. The base encapsulates a thin bumper coated in chrome that wraps around the outline of the 300SL’s rear end.

This model comes in a stunning cream colour and features a 3.0L petrol engine. Call our office on 0207 118 2299 to get more details on this classic car for sale.

History
The 300 SL (W198) was the first edition of the classic SL-Class grand tourer from Mercedes-Benz and the fastest production car of its day. Introduced in 1954 as a two-seat coupé with distinctive gull-wing doors, it was later offered as an open roadster.

This model was introduced to appeal to affluent performance car enthusiasts in post-war American. Mercedes accepted the gamble and the new 300 SL were introduced at the 1954 New York Auto Show. 300 referred to the 3.0 litre engine displacement and SL for Sport Leicht (Sport Light).

This car was an immediate smash hit on release and is today considered an iconic and rare classic car. The 300 SL stood alone with its distinctive doors, first-ever production fuel injection, and world's fastest top speed. The original coupé was available from March 1955 to 1957, the roadster from 1957 to 1963.

There were only 3,258 Mercedes-Benz 300SL Gullwing cars produced and of those only 1,400 were coupes and so this really is a rare classic car! So, if you are looking to buy a special edition model this car is surely one to view.

Having also competed at venues like the 24 Hours of Nürburgring and 24 Hours of Le Mans The SL300 has acquired a rich history. It was not the standard road-going model that entered but a car with a completely different body. All of the road-going cars, prior to the car’s retirement from racing, boasted a steel body and the racing models featured a lighter alloy body.

After the 300SL finished competition racing, the alloy body became a 5,000 Deutsche Marks option on the already pricey base 300SL. Because of this massive mark-up, only 29 models were ever built and sold to the general public, thus making it one of the rarest Mercedes-Benz’s available today.